Enjoying Acapulco! So nice to stay put for a few days and get some sun, eat delicious food,  exercise and celebrate our anniversary!

Anniversary breakfast with my hubby! Celebrating 32 years together  🙂 ❤ ❤ ❤

La Quebrada – watching the cliff divers (the cliff is behind us!) 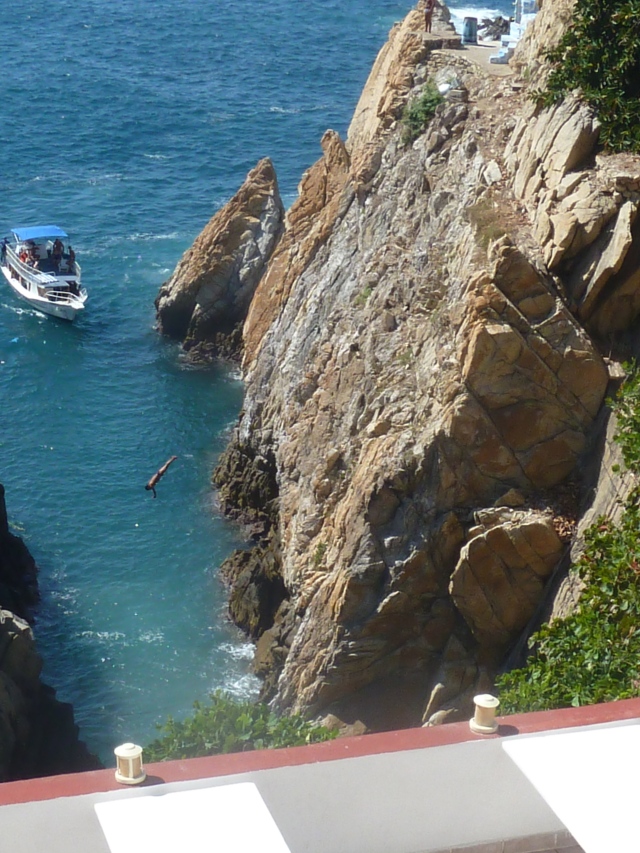 La Quebraba cliff divers – you can see the divers on the top of the cliff, and the one about to hit the water – amazing show! 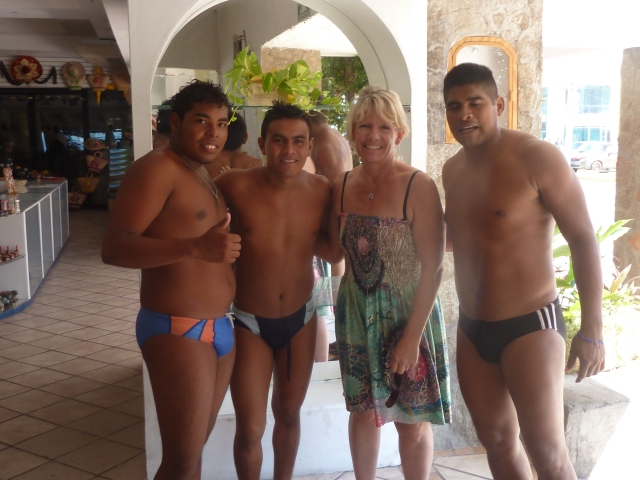 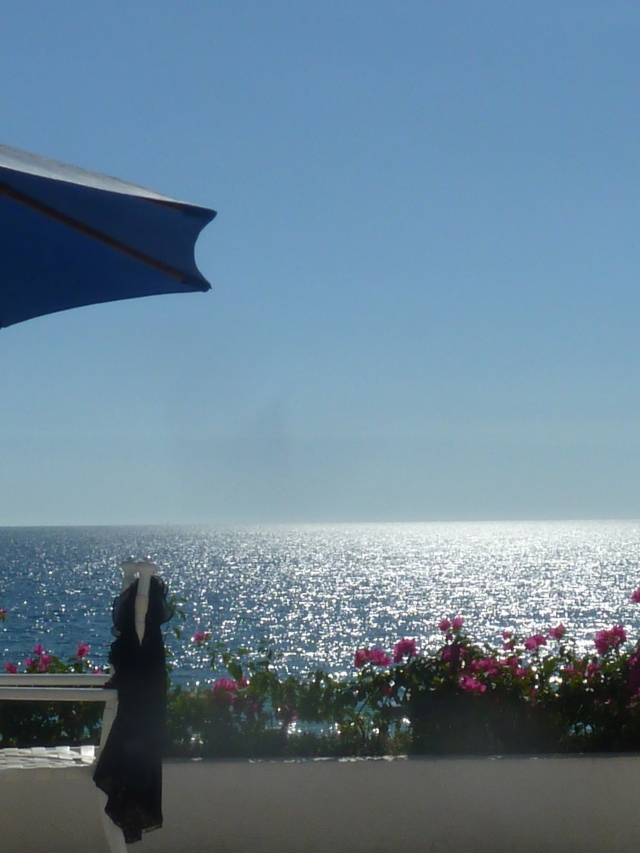 Military truck – common sight all over the city as well as the federales.  Their presence in the city has improved the crime problem from what we understand. 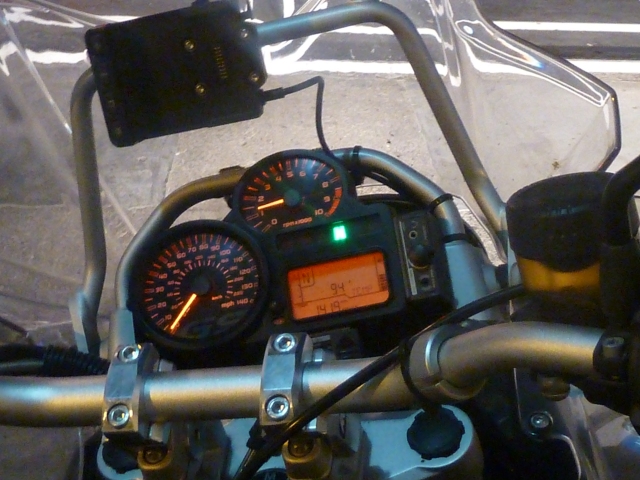 I must say, Scott outdid himself on creating the most romantic anniversary EVER!  I can’t begin to describe the dinner we just experienced – from the first taste to the last every thing was perfection!  Mexthai – a combination of Mexian and Thai cuisine.  Nothing we have eaten has ever compared to the meal we just finished.

Back on the road tomorrow – I will miss you, Acapulco!